It looks kinda fun but I’m a bit worried it will be janky. I really don’t like games like Surgeon Simulator since there is a huge disconnect between my motions and what actually happens in the game. Any delay or inaccuracy will feel really weird.

How are you supposed to control larger movements. Is it on-rails? Or do you use a joystick to walk around?

How are you supposed to control larger movements. Is it on-rails? Or do you use a joystick to walk around?

This for me remains one of VR’s greatest problems.

Space simulators, racing games and mech combat won’t have this problem. Maybe there is a smart solution for how to control free roaming humanoids but I haven’t seen it yet.

A joystick for movement will suffice in SP games maybe, but in MP twisting around and changing heading direction will be a fucking nightmare against pad or kb/m players.

I know that’s a while down the round but it must be an area of concern.

On rails VR experiences interest me to a very limited degree.

It looks kinda fun but I’m a bit worried it will be janky. I really don’t like games like Surgeon Simulator since there is a huge disconnect between my motions and what actually happens in the game. Any delay or inaccuracy will feel really weird.

In VR, with tracked controllers, your hand movements are entirely 1:1 with your irl hand movements. Same with your head, the Lighthouse tracking is sub-millimeter accurate. There will be no inaccuracy. The only think that will look janky in Hover Junkers will be other players, because they’re using just Head orientation and hand position to animate the body movements.

Reminds me of how people would try to mimic their avatar movements in Kinect, but it works for reals this time.

As far as locomotion goes, that’s the big problem of our day. It’s a huge technical limitation, but it also gives developers a great obstacle to solve creatively. You only have a space for a room to move around, and you can’t move outside that space? How about you move the room instead? Brilliant!

As far as gamepad/k&m are concerned, those work for certain games, but generally anyone playing IN VR won’t be playing against people NOT in VR. Unless they’re hacking VR functionality into a traditional game, or the game is designed specifically for people in and out of VR, like Keep Talking and Nobody Explodes. M&K are going to have very specific use-cases in VR. Luckily it seems like there’s a few companies who have ironed out keyboard & finger tracking though the use of just a webcam on your monitor.

Bottom line: traditional joystick movement in VR is NOT gonna fly. Gonna make everyone sick. But that’s honestly not a bad thing. We just have to design around that, and we’re already seeing some amazing things being born as a result.

Here’s another fully fleshed out VR game releasing soon. Talking about Locomotion, take note you can move around just fine in this game. The kicker here is that for most people, this own’t get them sick for two reasons:

[edit] Actually he does use the artificial turning, he must have a high motion-sickness tolerance. For most game systems, artificial turning is done through a quick blackout while you turn, or they just do snap turns.

I really don’t know what this is going to become, but I know I want in on it.

This game built gameplay around a portal like movement system.

Obviously not all games can work that way, but at least they are leveraging a perceived fault as a unique gameplay mechanic.

Can’t move outside the boundaries of your space? Then don’t move you, move your space!

Ok, on one hand I want to be hyped about all the new games we’re going to see at the showcase, but “see what Valve is unveiling at their content showcase” does not mean Valve has made a game, necessarily. This is not the first time that HTC has completely missed the point on how to properly word something relating to Valve. Maybe Valve has something up their sleeves, but maybe not, too. They’ve been burning the candle at both ends just trying to get the goddam HMD software up and running in time 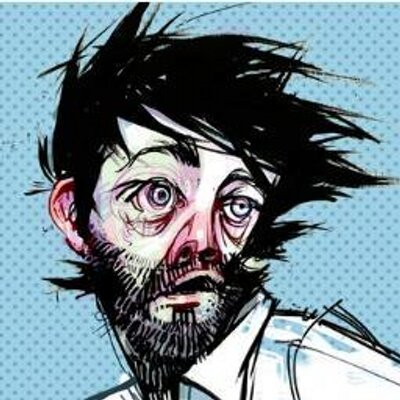 Just to clarify for everyone, the content showcase is about highlighting select 3rd party experiences. Valve is not showing content there.

HTC needs to get their shit together

It’s an indie developer showcase. It would be kind of a dick move to steal the spotlight.

That’s what I’m hearing, and they’re saying it’s been officially announced, but I’ve yet to actually see the source. Thought the word wasn’t supposed to go out until monday?

$800 is an awful lot of money. Why would I get a Vive instead of the other alternatives? I need a comprehensive comparison test.