It’s easier to figure out why something happens than whether something’s happening, that’s what articles like that are for.

The why is pretty simple. It’s cheaper. Listen John, I could’ve saved you a lot of time. Saved you a click, as they say.

Yeah that’s my point. The article is not about why companies outsource noncritical personnel, it’s about putting data in context and interpreting historical comparisons.

And then what? There’s no secret to uncover.

Temporary jobs have no room for advancement by their very nature. Minimum wages and raises haven’t kept up with inflation. Companies exploit these systems to make more money. There, article done. I didn’t have to waste 500 words.

Because specifics matter? Specifics are the kind of thing that can be made into law that keep companies from exploiting unregulated systems that hurt disadvantaged employees.

Also, and most obviously, specifics are evidence.

Nah, ain’t happening. There are too many special interests.

And by special interests, I mean literally every company.

Come on Americans, listen to Jimmy.

There’s no way gun control is going to have any meaningful legislation at this point. The NRA is simply too powerful of a lobbying presence in Washington. I think the only way most people in the US can find peace is if the country splits into two separate countries: A Republican-leaning country and a Democratic-leaning country. The states are divided far greater than ever before. That way, those of us who wish to have more progressive policies have a better shot at getting them passed.

Yeah, but when the democratic country outclasses and outpaces the other, they’ll be the ones with the guns and unintelligent angry populace. Bad plan.

Who is they? The republican-leaning country?

All that will mean is they will shoot each other up in their country. If they wish to stop their own carnage, then they can come to the realization that they are shooting themselves in the foot (pun intended) by keeping guns around. Only by exponential suffering and heartache can we hope to see the ignorant and spiteful change their thought process and re-prioritize what is better for themselves, and the country as a whole. For that to happen, their every day life has to be affected for the worse tenfold.

With each passing day i feel more and more privileged for having born in such a small, comfortable and relatively well behaved country.

Red states aren’t monolithic. You can’t just abandon the good people in them.

If you split the country like you’re saying, and the gun country goes to shit, they’re not gonna kill eachother. They’re gonna blame the liberal country, and come take their shit. I don’t think you fully grasp the capability for denial and ignorance of the people you’re talking about. They trust Alex Jones for christ’s sake.

Well, fundamentally (and functionally) you can’t abandon anyone.

Which is not to say that our interests as citizens should be the same as the interests of the state, because all of us live in representative democracies and it should not be our need to act politically and still engage with the election of representatives.

I see no other viable solution in passing strict gun control laws and progressive laws. When the republicans stonewall all attempts at passing anything in Congress, there is nothing else that can be done. Would you rather we hope that democrats can secure the House and the Senate every four years, then it going back to shit when the republicans take it over again and undo everything? This is a stupid, vicious cycle of regression. In essence, every time the democrats manage to pass incremental steps of progress with laws that are a compromise with both parties, when the republicans get back into power, they reverse everything back, benefiting the rich. What kind of idiotic system is that?

In such a hypothetical where two countries are established in the US, it wouldn’t necessarily be the case where good people, whom are conservative, are abandoned, but perhaps steps would be taken in convincing them to migrate to the democratic-leaning country for quality of life improvements. The real enemy is the GOP entity. Yes, I know there are GOP politicians with good intentions, but the party is too far gone within the political machine to be reasoned with. Maybe one day the GOP will lose a significant amount of power, influence, and money, to where it no longer holds sway with the American people. 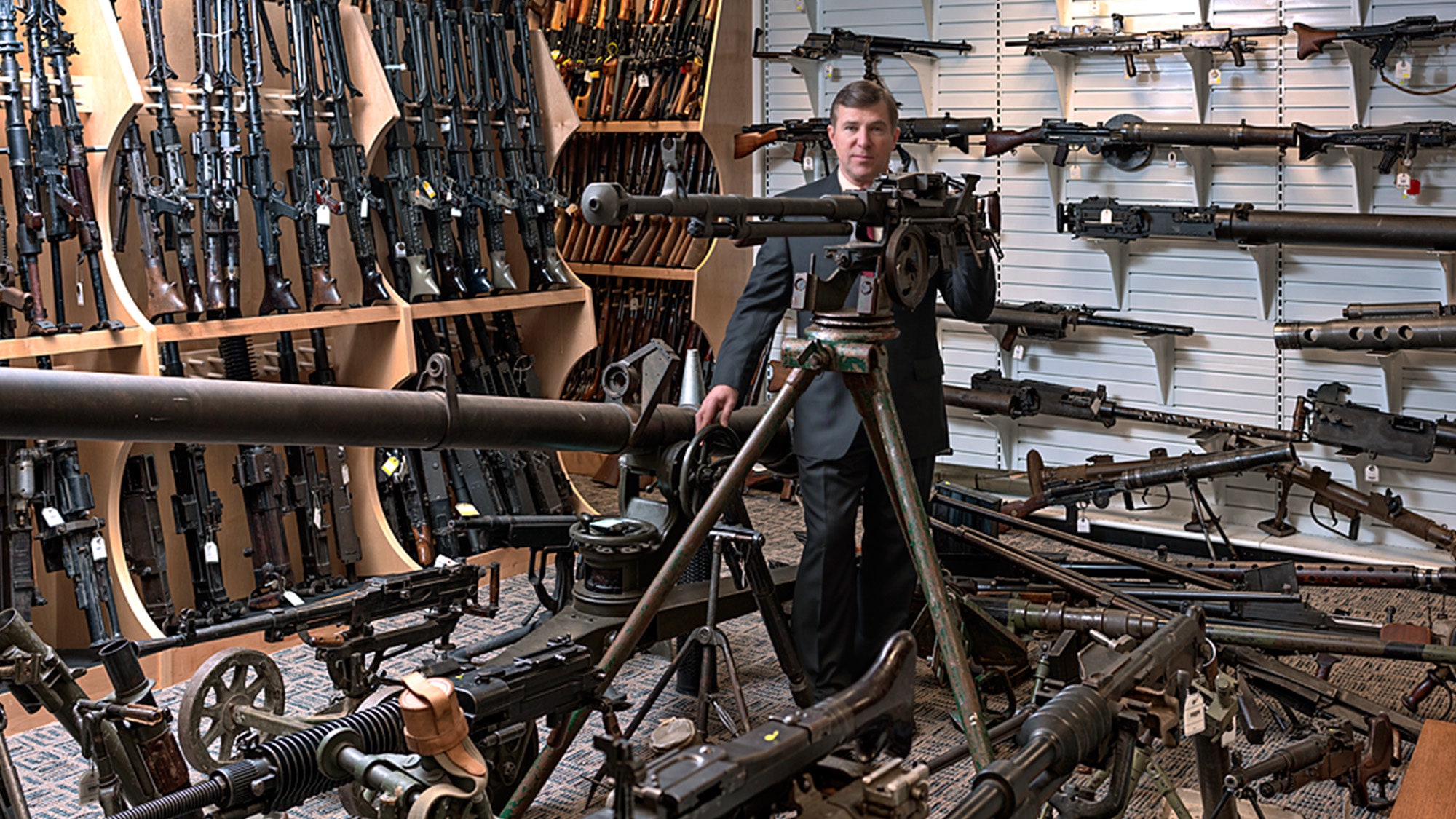 Want to Know How the Cops Actually Trace a Gun?

It happens here, in a massive West Virginia building, in the most absurd way possible.

It’s been one week since the shooting stopped, and it’s still not the time for politics. It’s time for children to practice escaping a mass shooter, as routine as a fire drill. It’s time to legalize silencers and suppressors, as if we are bored with this game and believe it’s time to increase the difficulty There’ve been a lot of important revelations in the last week, but one of the most significant has gone obscenely under-reported in the…

This makes me furious. People across the US are barely getting by. At this point, I’d wager that if it’s not the majority of people, it’s more than half of the country. Stephen Cloobeck has the nerve to state the obvious: Attaining wealth is aspirational. No shit. That isn’t the issue, though. People dream about making millions, but they are simply hoping they can make enough to survive. Our system rewards and caters to the rich, and punishes and kicks the poor down. Period. Stephen is a textbook example of an out-of-touch rich asshole.

But, you know, this lets me know that we’re on the right track because it’s plain to see the wealthy are getting fearful of the working class becoming fed up, and it’s only going to get worse as our broken system is trucking on. My only disappointment lies in the Democratic party. Currently, we have no choice but to align ourselves with the Democrats, as it’s our only viable choice for left ideals. Unfortunate to see Chuck Schumer and Nancy Pelosi appeasing their billionaire donors. I’m sure Bernie Sanders would have a word or two to say hearing about that. I hope what happens is a new viable third party arises that honors a far left platform, and makes no compromises with any rich donors. Citizen’s United must be abolished as well. That’s a major thorn in our government.

There is so much shit going on this week. Mueller where are you?
← previous page next page →