Oh yeah, they haven’t made those yet…

They should make an anime series of Fate/hollow ataraxia.

If you’re willing to give it a try purely on the studio animating it, God Eater by ufotable is coming this season. Very unique art style, seems a bit CG-ish since everything looks vectorized.

Toriyama has spoken out about the story of Dragon Ball Super:

“Dragon Ball Super” is a complete continuation of the Majin Buu story arc. It’s got a bit of post-battle aftermath, continues with the “Battle of Gods” arc where the God of Destruction Beerus appears and the “Revival of ‘F’” arc where Freeza comes back to life, and then, I’ve written a strange new story where they finally depart from this universe. They’re fighting against their neighbors, Universe 6! They’ll yell at me if I give away too many spoilers, so I’ll keep the rest a secret, but they’re chasing after giant Super Dragon Balls; I think things will unfold in a bright and simple way, that will be really fun and exciting!

Since it’s another universe, loads of new characters will turn up. I’ll do my best to draw the tons of character designs necessary, so I’m looking forward to this too.

You know, it suddenly occurs to me that somewhere along the line the Dragon Ball anime has become quite a huge story. Since I’m the guy who drew the thing, it’s a bit weird for me to say this, but when I first started out I never dreamed it would have a universe as a setting (laughs). Don’t worry though, it’s still going to be the same sort of easy-to-understand content as always. Please be sure to watch Dragon Ball Super on TV!

Giant Super dragon balls, huh? Even bigger than the Namekian dragon balls? This is sounding like the first half of GT. I’m curious to know how the alternate universe will play out. Looking at Champa’s character design, he’s a slightly fatter version of Beerus, and it would appear that he’s the god of destruction in universe 6. I can only assume that they’re going for the whole theory that the same person looks slightly different in multiple universes. Champa is such a lazy character design, though. They just added weight to Beerus, changed his clothes, and created a new character. Bah. 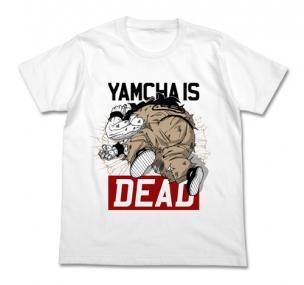 I must have this shirt.

is there anime yet?

DRRR!! and Working!!! start on the 4th of July. God bless America.

Fuck man, KyoAni did it holy mother of christ. They did it again. Woah. This was some Disappearance level shit holy christ.

I’m still 2 episodes behind. Besides watching it all over again, I saw the behind the scenes making of feature on my Little Witch Academia blu-ray. It was kind of like a live action Shirobako.

Also I have access to LW2 neener neener neeeeeeeeener.

Gangsta is… marginally gangsta (had to start it off with that). The show has potential. Off the bat, I found it interesting that one of the main characters, Nick, is deaf. Throughout the episode, he was using sign language to communicate with Worick. That is cool, and could be the first time they’ve made a deaf person as a main character in an anime series. What’s more intriguing about Nick is that they’ve made him a ruthless guy. He may be deaf, but he could be sadistic against his enemies. The dog tags Nick is wearing hold significance, as other characters were surprised that he was wearing them. They feared him upon seeing them.

This was funny. I think I’ll keep watching. Ushio and Tora’s back-and-forth banter when they met each other was great. Both the guy and demon share a similar viciousness to their personality. A perfect match. I like how Tora is about to eat Ushio, but Ushio turns the table on it by forcing it to come with him to kill the demons roaming around in the city, or else he’ll kill it. The ancient spear that had bounded Tora now gives Ushio a supernatural power. Btw, this is a remake of a 90s anime, and it definitely feels like 90s anime, but it looks better obviously.

The tropes, mostly being that the protagonist is full-on ham with being an otaku, have made me go

I like the premise otherwise, but the lame otaku stuff has turned an interesting fantasy-meets-modern-reality anime into something that immediately made me pass on it.

Isn’t he only mute? I thought he was hearing the fight outside just in the beginning of the episode. I didn’t finish the episode because i’m not in the mood for romanticised crime and weird names.

I watched Working!!! and the first episode sucked. I know it’s been a while since the last season but did they really need to set up every single character and relationship? I hate when this happens.

That’s insane. They did that in season two too.

I know! What a hell.

Isn’t he only mute? I thought he was hearing the fight outside just in the beginning of the episode. I didn’t finish the episode because i’m not in the mood for romanticised crime and weird names.

No, because he speaks later on in the episode, but his words sound as a deaf person’s words would sound. At the beginning, Nic can already be seen looking out his window at Alex being beaten by her pimp. He didn’t have to hear the disturbance because they were in plain sight.

Well, you say romanticized crime, but judging by the first episode, it would appear that Worick and Nic (their hitman service is called the Handymen) take on jobs fighting injustice. At the start of the episode, they helped an old lady who ran some business beat up a group of thugs that were hanging around nearby. Later on, the Handymen saved Alex from her pimp and other thugs, and they decided to take her in.

But it is Gangsta’

Obviously what they are doing is illegal, but they are going after other criminals. I don’t see that as a negative.

It’s just not something i’m in the mood for right now. Watching it reminded me of Gunslinger Girls and all i wanted to do was watch that instead.