These are the TV series airing and movies releasing for the Summer 2015 season. Most notably, a brand-new Dragon Ball TV series called Dragon Ball Super is airing this season. It takes place after DBZ, so after the Buu saga. It’s been reported that it might be 100 episodes long.

Thank god Shokugeki no Soma is continuing this season. Gonna miss DanMachi, though.

Here are what I’m watching.

Haha. You just have shit taste. Meanwhile me and John will enjoy ourselves some Working and Nom Nom Biyori.

I get another season of Symphogear and Prisma Ilya, plus Durarara is coming back. I’m pretty happy with this season.

I watched the first Symphogear series, but then I had no interest in watching the second series. The story didn’t pull me in enough to want to watch additional series.

I watch DB for both story and action. The various sagas in DBZ wouldn’t have been as popular if the story was mishandled. Story in anime is a major deciding factor for me that if I’m going to watch it or not. Not to give the impression that DB’s story is deep or very interesting, but the universe and characters make you care about the story, as juvenile and basic as it always has been.

Perhaps DBZ reached its high in storytelling in the Namek saga. When you were introduced to Frieza and many of his underlings. That’s when it became more than just “here is a villain who has caused a major disturbance on Earth, now go defeat him Goku”. At least for a little while, Krillin, Gohan, Piccolo, and Vegeta were able to get some attention while Goku was put aside as the main attraction. Frieza’s generals, Zarbon and Dodoria, were good villains, and also entertaining. But more importantly, once the Ginyu Force arrived, that’s when Toriyama got creative with his characters. I liked that each member of the Ginyu Force were wildly different than the rest.

Brahs, I tried the first ep or two of symphogear when it first aired.

Nothing but a steaming pile of poop

Not really sure what to expect out of this season. Definitely keeping up with Sokugeki, and OverLord is a must, because Madhouse, obviously. Gotta at least check out this monster girl show, lol. Prison school has a lot of hype over on GAF, so we’ll see how that shakes out. Same with God Eater.

Ushio & Tora might be cool? Haven’t seen a PV or anything. Gangsta could be cool.

This is a big wait and see season for me.

It’s a more subtle genius that you aren’t classy enough to appreciate so I’m hardly surprised. 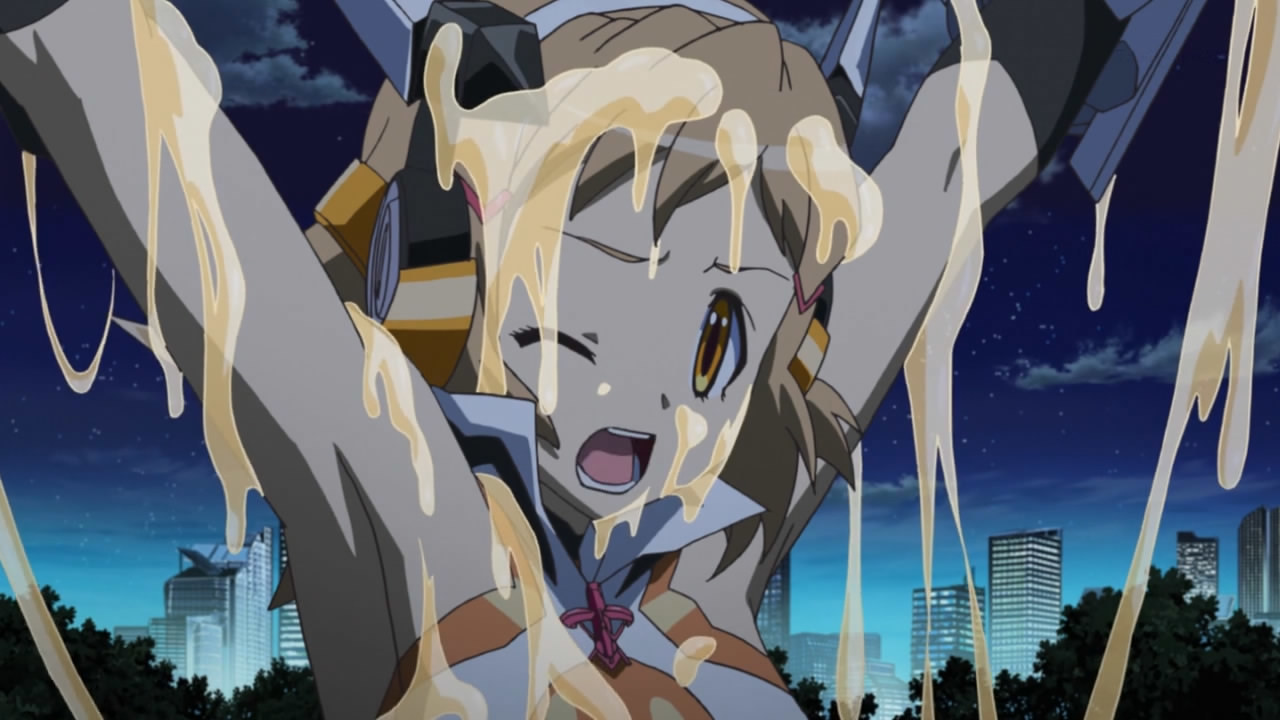 OMGGGGGGGGGG the FS/N epilogue. It was one thing to see Luvia (who I kinda only know from Prisma Ilya) but it was a whole other thing to see Waver! I just wish they could throw us a bone and have them kiss, the hand holding was not enough for me.

Good fight between Archer and Shirou. It was a nice show, ufotable does great work. Not much more to say, other than that I thought it was sad seeing Shirou and Tohsaka visiting Saber’s grave.

Seraph of the End 12

That cliffhanger. The person that vampire handed that research data to had to have been Guren, seeing as you see him in a room prior to that scene, and when he opens the door to leave that room, the graffiti that’s on that door looks the same as it does on the outside. He has some nefarious plan in the works, to be sure. The series will be going on a break until October when it resumes. It’s nice that it’s going for another season.

Ah, and there it is. Hermes has revealed his true identity to Arslan, Narsus, Daryun, and the others. I didn’t expect to see Bahman sacrifice himself in order to save Arslan. I don’t think Hermes wanted to kill Bahman since he got in the way. Hermes’s prime target was Arslan, even though he is the tactician for the Lusitanian army, but I think even that is a ruse for his true objective of claiming the Parsian throne. What terrible timing, as the Sindhuran army is marching towards the border to invade. Next episode should be a good one.

I really want to rewatch fate/zero

Is there a continuation of Fate/Stay Night at all? Even in VN form or something? I know this series gets kind of nuts with its continuity and sheit.

I don’t think it comes after UBW so who knows if we’ll get it.

Time to get my Vita emulator up and running