A. Nintendo usually does a mid cycle refresh for alot of their hardware. Since it uses Nvidia Maxwell based chips (correct me if wrong) I kind expect them to use some Pascal chips for when they do update the hardware. Disappointing that they didn’t go with Pascal straight away but I guess they wanted to be their usual selves and be stingy on the components.

B. If this truly does become their successor to the 3DS then I expect a new SKU when the sales finally die down (3DS is having a second wind thanks to Pokemon Sun and Moon). Smaller screen with non detachable Joy Cons and a sim card slot for good measure. Basically just a sequel to the PSP/Vita line.

C. Their approach to online communities is really weird.

Too bad the mid-cycle refresh will be a few years away.

@RpgN You make a good point. It is classic Nintendo to be drip-feeding us game announcements, and then the inevitable dry spell period will follow.

I will buy one if this is where their handheld games will live. It’s only a matter of when.

Nintendo really had the chance to create a hybrid where handheld gaming and console gaming can exist in one system. Developers would focus on one system, more games would be available and different segments would be served. I really feel that this has become difficult and less realistic to achieve with what we have been shown.

The issue is, because it can be seen as both a handheld and a console, the Switch has to deal with different expectations from both gamers and developers. It cannot compete with current consoles, it is also not a good handheld at the moment.

Handheld games had the advantage of being cheaper to develop for, this is not the case anymore with the current specs. Third party or Japanese developers are going to think twice before bringing their games out. The 3DS had some amazing games, but when you look at who is developing them, these games were mostly made by a bunch of developers (Square Enix, Atlus, level 5 and Capcom besides Nintendo). That’s a clear drop from the support the DS had. I am expecting the Switch will have even less games or developers will have to improvise by bringing games with limited scope and budgets.

Back to this being a handheld…the Switch is too big for handheld gaming, too expensive to bring around that easily and battery life appears to be worse depending on how taxing the games are. And what about online gaming? I really feel they dropped the ball with that one. Nintendo has a different audience compared to the competitors. Will online gaming flourish with the kids now that there is an online subscription? I doubt Splatoon would have been as popular if there was an online subscription. I fear that Splatoon 2 will have limited reach because of this.

@Leo Exactly. That’s something we are well aware of Nintendo by now. I think that it has become worse with the Wii U. Not only did they drip-feed us game announcements, they also took ages to release certain games and kept showing them multiple times during their directs along with their DLCs, because they had nothing else to show. They were forced to take this position because third party support wasn’t there after the initial launch. It’s scary to see the third party support they have shown for the Switch. If this is what they have announced before launch, then it shows that publishers are just as weary of the Switch if not more than gamers.

Some of the trailers that they have shown were amazing. Personally, there are 6 games that might matter to me:
Super Mario Odyssey
Xenoblade Chronicles 2
Splatoon 2
Square Enix RPG
Shin Megami Tensei
Fire Emblem Musou
Zelda Breath of the Wild (can already play it on the Wii U)

If we are lucky, they might all be released in 2017. I doubt that will be the case though. How do they hope to compete or sell if this is all that they have to show for the next 1,5- 2 years?

The Wii U did so bad. Both developers and gamers lost confidence with Nintendo as a console platform holder (even if I enjoyed the games myself). The Switch had to convince everyone and throw everything they have to make it a success. What they have done is double down on the hardcore gamers with disposable income and the Nintendo faithful. There are so many questions and issues with the system, how do they hope to convince the casuals, gamers with other systems and create a healthy eco-system?!

My apologies for being so negative. I’m sure you guys (Leo, Arch and DG_Nick) will enjoy the system for games that are going to be worth it. But what will happen with Nintendo if they can’t find success with a bigger audience? I will try and explain my stance soon. For now, I hope E3 will show the goods. I hope I am just being too negative and that they have figured it out.

I’m sure the first year will be a disappointment. The only game that I’m really hyped for is 1-2 Switch. I might also pick up Zelda, Arms and the new Bomberman. Otherwise it is pretty empty until Mario around Christmas.

I will likely get all the multiplatform releases for PC or PS4.

I find it funny, I was not interested in the Wii or the Wii U all this time but for some reason I am seriously considering getting the Switch. Part of it is the new Zelda just looks fun and it seems like a game that I could enjoy with @Chimera (as well as others). I likely wouldn’t actually take the console outside of the house, but being able to play without taking up the TV would be nice (the Wii U offers that of course).

I know and agree with a lot of the criticisms against the Switch. For instance having to worry about at least three battery levels when in portable mode between the main console and the two joycons. Even with all of the criticisms I may buy it at launch, or at least wait and see if there are any major deal breakers before getting one.

The range of the Wii U tablet is abysmal. I can’t even go to the next room without losing the signal.

@chapel
It’s quite surprising to see you interested in the Switch. I suppose it will be more attractive for the ones who didn’t have a Wii U, what with the upcoming ports and all. Btw, what is your history with Zelda games? Have you played them before or is this the only one you became interested in?

Sometimes I use the tablet, rather than the big TV screen, if I only have a few minutes to play. The last Wii U game that I played was Super Mario 3D World and playing it on a smaller screen doesn’t hurt the experience.

Never cared about Zelda personally. Only played a few hours of any Zelda game and never finished. I think the original is the one I played the most when I was young but again didn’t mean much to me.

Get a gameboy emulator for your phone and download Link’s Awakening.The best 2d Zelda, and good for short spurts of play.

Jim Sterling laying the smack and saying it like it is :3

TBH Nintendo should just let you have access to all their wholly-owned classic games similar to Netflix. It wouldn’t cost them any money and would guarantee people would continue paying to access them. They could still charge for the ones they pay licensing fees on if any.

Our local distributor set the recommended retail price above the equivalent of $400. After reading that and seeing the high price of accessories, I’ve decided to wait.

Yakuza 0, Persona 5, Horizon Zero Dawn and the monthly PS+ freebies should cover my gaming needs during the first half of the year. 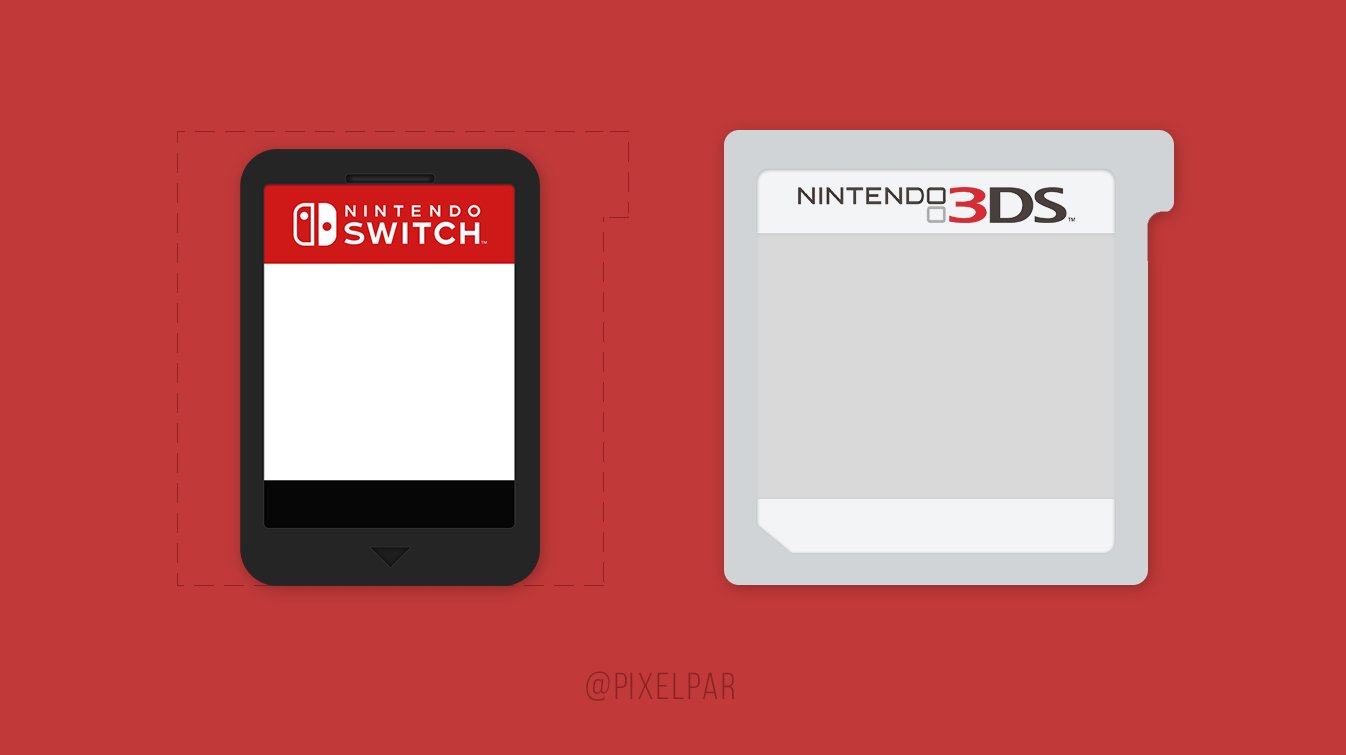 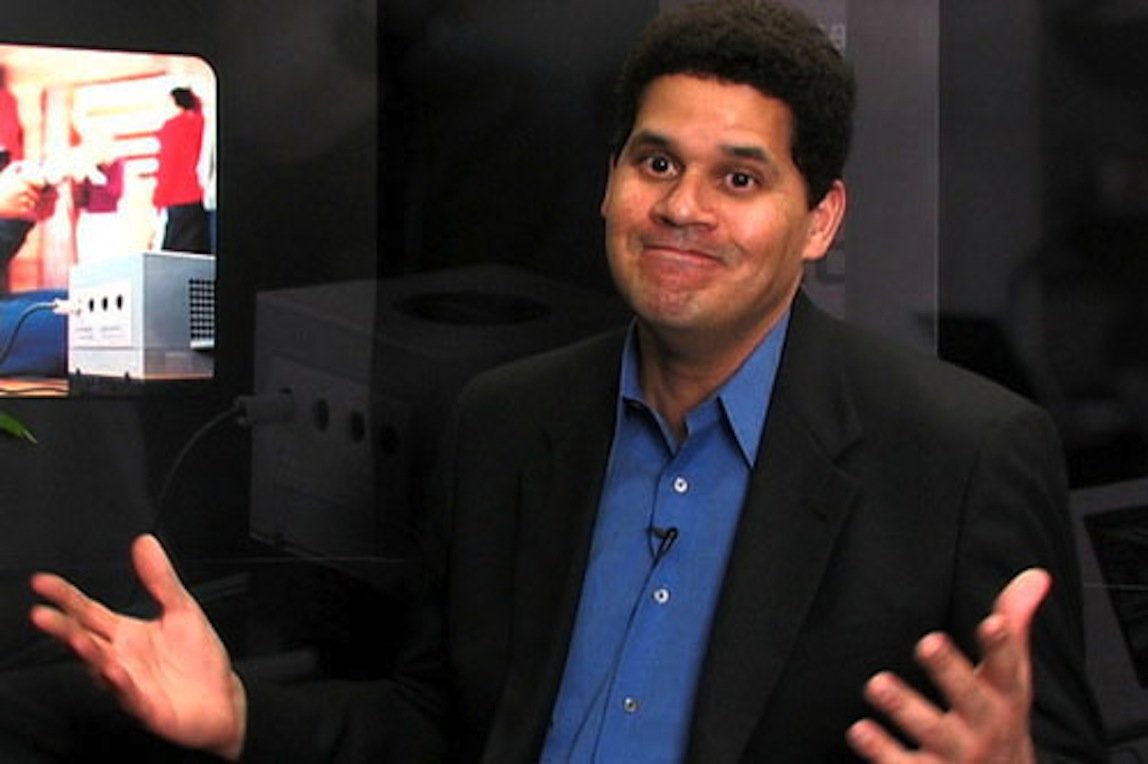 You meed to do matchmaking and lobbies via your phone app.

I mean at some point you just have to laugh.

The operating system for the Wii U is a mess. They really need to spend more resources on getting their core services up to modern standards.

The more I hear about this system the more I feel that they pushed it out too early. Maybe it would have been better to hold off another 6-12 months.

That’s another issue I was hoping it would be sorted with the Switch: online integration and a decent account system.

It saddens me that they keep creating these operating systems and ‘accounts’ without improving on them and bringing them to the next systems. It is sad when you buy games on the Eshop not knowing whether they can be brought over or whether you have to pay more. And what about Miiverse? Why drop everything and start from scratch?

I really hope that they are not sharing details and we will hear good news soon.