http://michaelmoore.com/trumpwillwin/ - Written in July after the RNC convention.

I’ve been thinking a lot about how this race would have been so much different if Trump were up against Bernie. I’d actually completely forgotten Elizabeth Warren was a potential VP pick. This sucks.

I don’t know if Bernie could have won, it seems like he could have but it may have still been close and the states that decided this race likely would have likely still gone to Trump.

I voted for and supported Bernie, but this really feels like something that has been brewing from the 90’s with eight years of Obama being the last catalyst to pull the pin on the grenade that is Trump.

I really hope everyone can learn something from the election and the coming presidency. Less blame, less hate. More understanding, more compassion. If we continue down the path this election has gone, we may not be able to heal America.

I’m trying to keep in mind that not everyone that voted for Trump believes what he has said, because I feel demonizing them will only keep me blind to reality. With a repub House, Senate and White House there is no one to blame when or if shit hits the fan, so we can soundly let those that voted for Trump feel the guilt of what they’ve done.

I can’t go down that far with you. The majority of white people lack empathy. I see no reason to spare them any of my own.

I guess I’m not saying we should have empathy for their beliefs, but try and understand what made them go this way. The fact is, the issues they are facing are not unique to white people, but more new to them as large as a group they have become.

So in understanding their position, might help us make way towards a more productive government at all of the levels.

The shit that Trump and his supporters have flung flew around me personally, but that doesn’t mean I don’t find it vile or think that people that are affected should be okay with it. I say fight, but if you can, find a way to fight productively as pure violence and hate is not going to end well for anyone. That is what I am afraid of and I wish I could do more or had any kind of solution to this madness.

I guess in a way, this is myself trying to reason and keep stable consider what’s happened.

but this really feels like something that has been brewing from the 90’s with eight years of Obama being the last catalyst to pull the pin on the grenade that is Trump.

There’s nothing to understand. They’ve either chosen to embrace white supremacy or don’t care enough about a Trump presidency because it won’t affect them. You’re shifting the burden on the wrong people. It’s not the responsibility everyone else to assuage white fear and indifference.

I want to preface this with the caveat that I am one of the least affected by the issues you bring up, but I do care and am trying to think over what needs to be adjusted to make real changes. Knowing that caveat the following are thoughts alone and not beliefs.

With the way this election has gone, we have seen that the undercurrent of racism and bigotry has gained a loud intolerant voice with Trump to put it lightly. There are no excuses here, no way to reason about his or his supporters behavior. Quite frankly I am sick to my stomach thinking about how widespread this appears to be.

That might be why I am trying to reason about not everyone actually believing what Trump says, that there has to be other reasons to vote for someone so vile. It is hard for me to believe that half the country could be so hateful and wrong hearted. I can’t see myself in that America.

Over the last few decades it has felt like America was moving in the correct (originally wrote right…) direction, meaning that we get rid of racism and bigotry along with other intolerant thoughts and policies. It seems like we have come very far, but with recent events over the last 5+ years have shown we have a long way to go.

This election, these actual voting results, it appears that we haven’t progressed as far as I would have hoped and instead a large part of America, has felt ignored and/or repressed. So instead of learning compassion and tolerance, they have latched onto the other side with hate and fear. They now have a voice, an uncensored and unfiltered one with Trump.

My major worry right now is that the divide will continue to grow, the ability to communicate constructively will be lost and the only thing that will have any power is violence. Maybe that is all we have left to force the position, to tell the other side that it is absolutely unacceptable for them to act the way that they do?

I’m at a loss right now, it doesn’t help I am dealing with personal work things that are a bit stressful and uncertain. The world feels off, and I don’t see anywhere to look for hope.

You’re not going to find any reasons, it’s fine to hope for the best, but at some point you have to face reality. America is incredibly fucking intolerant and has been for a long time.

There is no reasoning with R voters, there is no peace. We know what they want, we know what they care about. Their elected officials aren’t exactly going off the reservation. They knew what Donald Trump was and they chose him anyway. They accepted him because they like his ideas. At best you could say they rejected Hillary because she is a woman, but that’s still sexist.

By the way, it is not half the country. There are several millions of voters who couldn’t bring their asses to vote at all. It’s more than half.

This guy needs to just… go. He actually said “cut all energy use restrictions”. RIP

I fear that this thread will see a lot of use thanks to the political climate change that has been happening around us. What’s sickening is the rise of intolerance, discrimination and violence. I’m starting to feel uncomfortable with what will happen with the rest of the world after the election of Trump and the Brexit.

President-elect Donald Trump has tapped billionaire Betsy DeVos to be education secretary, and she has accepted.

This is terrible for the US education system…

I haven’t been posting any of his picks because they’re all worse than bad.

Nick…I think that in times like this, it has become even more important to become active on the internet, spread the wrong-doings and educate people to help create understanding and acceptance of others. The stupid and worst than bad should be discussed and repeated.

I guess I meant beyond his intial picks. They’re all on the same level in their respective fields.

President-elect Donald Trump has confirmed the chief executive of Exxon Mobil, Rex Tillerson, as his choice for US secretary of state. 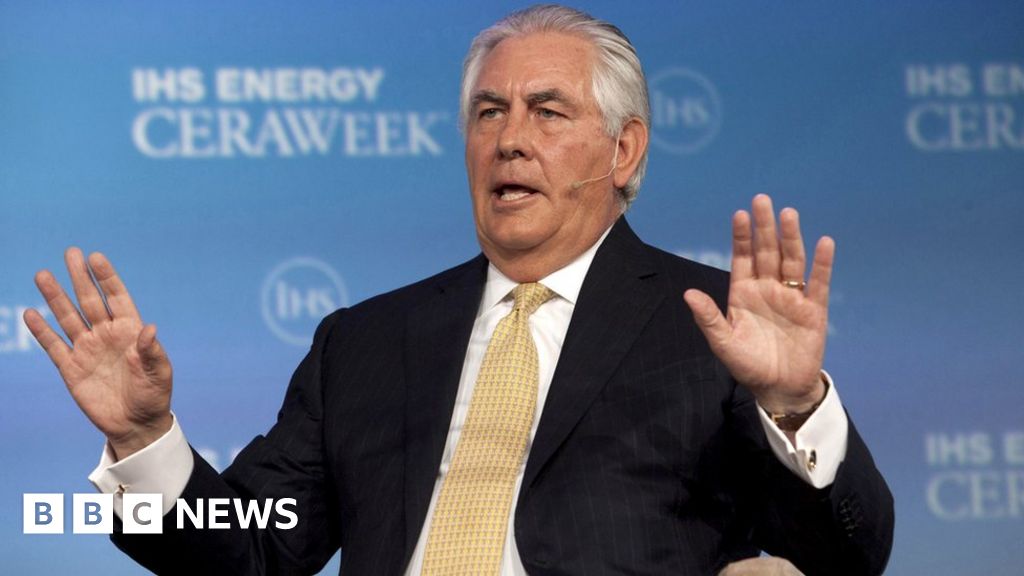 A top energy executive with strong ties to Russia is lined up as US secretary of state.