I Contain Multitudes: The Microbes Within Us and a Grander View of Life (2016) is a popular science book about microscopic life. It’s well written and I’m learning new things every chapter. 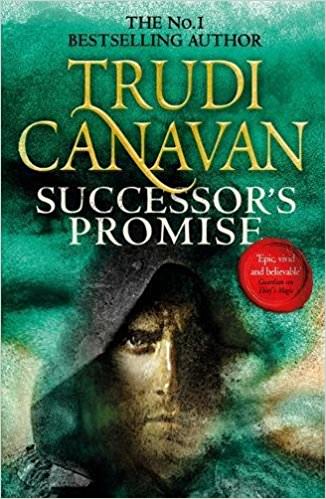 I enjoyed the first half of Trudi Canavan’s Successor’s Promise*. Then I got annoyed by the stupid actions of the main characters. I thought this would be the end of the trilogy, but apparently she’s writing a fourth novel. This week I started reading Nexus by Ramez Naam. It’s the year 2040 and people are enhancing their brains with nanorobots.

Land of Ghosts by E.V. Seymour is a spy novel inspired by Bond and Bourne. Something about the writing felt off, but I could never put my finger on exactly what it was. Neither the protagonist or his mission resonated with me. The only thing I liked about it was the depiction of Chechnya.

Paganinikontraktet (The Nightmare in English) was the only crime fiction novel by the pseudonym Lars Kepler that I hadn’t read before. Once again the cops managed to solve mysterious murders in my hometown.

I also read two short books by Swedish physicist Bodil Jönsson pondering about time and work. They gave me some well needed perspective.

Oh! I didn’t realize we had a reading thread

I recently wrapped up Volume 8 of 13 in the Wheel of Time series. Taking a break from that to get into Brandon Sanderson’s work, at the incessant prodding of my brother and father. I’m about half way through Mistborn right now and it’s quite good. Looking forward to getting through this trilogy and onto the Stormlight archives.

Also John, Blankets is a fantastic read, one of my favorites. I think you’ll really enjoy it.

I have read it! I liked it, but i’m more into more verbose kinds of comics. For example i just recently read the comic adaptation of Philip Pullman’s Northern Lights and much preferred the heavy and constant dialogue.

Otherwise i’ve been going through some Foundation books, but started with the last of the first trilogy which was weird but actually very easy to pick up. Also found A Canticle for Leibowitz for cheap the other day which i’m very excited about!

I bought a Paperwhite during the prime sale and I’ve been reading more books than I probably have in the past five years:

I’ve just started Seveneves and that book has gripped me from the very first page.

Masters of Doom …I was hoping this would delve more into Carmack’s actual work on his games, but it was more a general history of iD and the two Johns…good stuff, but I was expecting it to be nerdier.

I have to agree with you, I would love to know more about the technical aspects, but it was a fun ride about the creators of some of the most impactful games of their time.

I read How Linux Works from the Linux Geek Humble Bundle and now I feel like a better understanding of the underlying structure of Linux. Very detailed work, very recommended.

If you have any interest installing Linux I recommend Arch Linux. It can seem intimidating but it has you run through low level things to setup your system. You can really tailor your system how you want it and their Wiki is one of the best regarding Linux topics.

Yeah, I need to sit down one day and give Arch a shot. BUT, I do often use the wiki even with non Arch distros. Especially the program lists they have.

I forgot that you already were running Linux heh. We talked about installing Arch before. 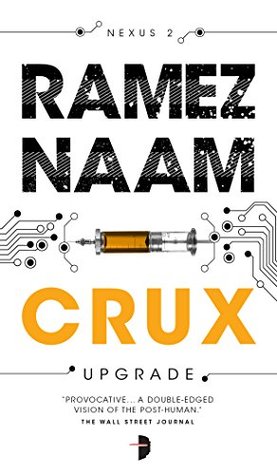 I got the second and third book of the Nexus trilogy for my birthday and now I’m reading Crux. I love every page of it. It’s quite similar to that short movie, Breaker, that Toku posted the other day. 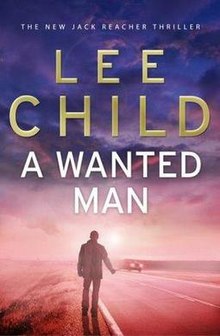 My local flea market has a great selection of books. They had four Lee Child novels in English so I grabbed A Wanted Man and a horror novel by Joe Hill (the son of Stephen King).

As always, Jack Reacher stumbles upon trouble. This time he happens to catch a ride with murderers fleeing from the crime scene.

I’m a third into Neal Stephenson’s hard sci-fi novel Seveneves. Something collides with the moon which splits into seven pieces. The center of gravity hasn’t changed and at first it seems like it won’t have any major consequences. People soon realize that they were wrong and now they have to prepare to escape an inevitable extinction event. I love it.

I am slowly making my way through this book too. I also love it.

This morning I finished The Man in the High Castle (1962) by Philip K. Dick, an excellent alternative history novel about the intertwining fates of handful of people living in a world where the Axis powers won WWII.

Before that I was reading Blindsight (2006) by Peter Watts, a great take on man’s first encounter with extraterrestrials

I also poured through Johannes Anyuru’s De kommer att drunkna i sina mödrars tårar [They will drown in their mothers’ tears] (2017) depicting a dystopian future Sweden where far-right nationalists elements rise to power after a terrorist attack. Even though it contains time travel it is frighteningly realistic. It wouldn’t take much to push our society over the edge.

I think I’ll pick up a few more books with Hugo awards or nominations. All that I’ve read so far have been really great.

I picked up four novels with Hugo awards. Yesterday I finished reading Neuromancer (1984) by William Gibson. It took me a few pages to get used to the writing style using plenty of slang and technical terms. Once I’ve gotten used to the voice I loved it. I will definitely pick up the other two books in the trilogy at some point. I’ll also track down the 1988 adventure game and revisit the Shadowrun series.

This morning I started reading The Left Hand of Darkness (1969) by Ursula K. Le Guin.

Snow Crash (1992) by Neal Stephenson was exceptionally entertaining and I highly recommend it to anyone interested in cyberpunk settings. I’d love to see a live action version of it, but I guess it would require an enormous budget.

Next up is another Jack Reacher novel as a palette cleanser, The Midnight Line (2017).

With my new commute I have time to read novels for an hour most days. This morning I started The Dark Forest by Liu Cixin. Before that I was reading the latest killing spree crime novel by Swedish author duo Kepler.