Hi everyone, I’m a 25 year old dude living in Morocco. Some months ago I got diagnosed with Large Diffused B Cells Lymphoma. Recently doctors gave me 8 more weeks to live and, if I do the treatment , predicted 40% chance of remission. I don’t have...

Talal from Reset Era has cancer, and he was given 8 weeks to live. If you can donate whatever you can, please do. It would be going to the treatment cost. His story is heartbreaking.

Someone in China really wants on my server. 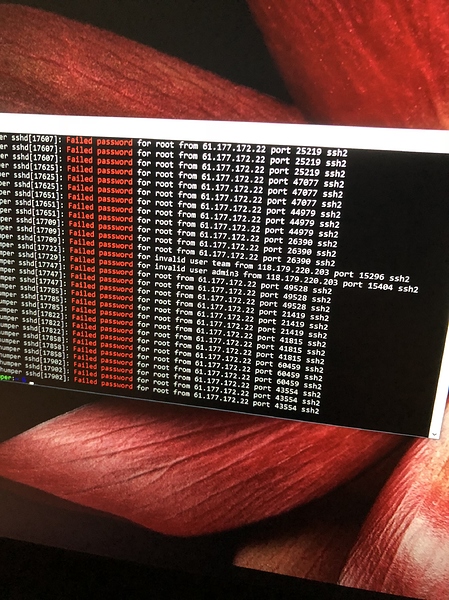 Root for SSH is disabled.

Just give him the dang server.

Another one? I can’t.

Found out that I had 6k Stellar today which at the time was worth over $3k. I liquidated about half of it and plan on keeping some of it since it could go up. Might trade into some other long positions just because. Can’t complain about free money.

hi guys. nice to see crypto talk.
i was going to drop a bag into it at .4 but never got around to it.

i’m making a killing off elixir currently though.

Good good. Quit going to yay, that place is so fucking toxic. They literally made an Amazon merch t shirt with my name on it.

Anything but NJ, launch that cunt into the core of the sun.

that’s all they do haha i’m always on their minds its crazy. i said i “quit” but it’s committed to muscle memory so much it’s hard.

also @midnighttrain yayhooray is a design board originally started by the creators of threadless but then moved away from their servers. was an early web experiment in self moderation. they’ve had some hugely successful people there over the years though, from olly moss to kanye west (seriously)

oh my god i just unzipped a .exe what is WRONG with this world!!

This is something you can do!!