I never offered my opinion on the trailer, then the blow to the gut with the multi-part game announcement. (more like a blurb) The trailer looked incredible. Everything I wanted out of a Final Fantasy 7 remake, until I saw the battle system, that is. My interest tanked, but that was my initial reaction, and I was going by pure optimism that we could see a largely untouched traditional turn-based battle system. I was naive, but I expected to be letdown. As I watched the action RPG battle system unfold, with Cloud lunging and slashing at Shinra soldiers, I was slowly accepting the idea of a Final Fantasy 7 remake as an action RPG. Admittedly, it does look damn awesome in motion. It’s a relief that we’ll be able to play as Barret, and probably the other party members.

I’m mostly impressed by the character designs. Cloud and Barret look good. Biggs, Wedge, and Jessie look fine as well. The part where Cloud is running through an environment, while his massive buster sword is strapped to his back, was very beautiful looking. Another part where Cloud was side-stepping through a narrow crevice was cool. Immediately reminds me of Noctis sliding through crevices in a dark cave in the Final Fantasy 15 demo. I wonder if they were inspired by that.

The multi-part installment news was a crushing disappointment. I’m still feeling the sting from that. I still have no idea how it’s all going to work out. The transition from a turn-based RPG, with a big world to explore, to chopped up parts of the game, has me asking lots of questions. Will the overworld map still be feasible? Can we still backtrack at any time, no matter which “part” we are playing? When all of the “parts” are released, will they be released as one complete set that we could play from beginning to end? 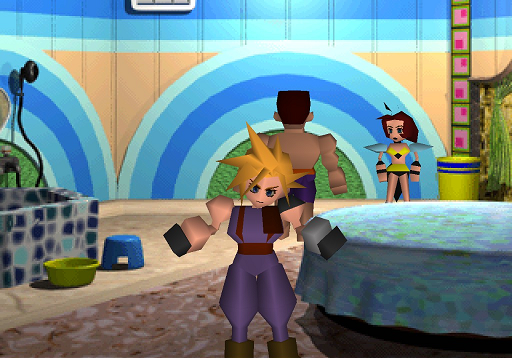 the first chunk will probably end at the midgar escape

they could end it at nibelheim though

I demand that her Advent Children costume be selectable. 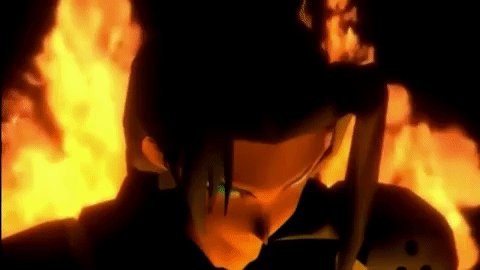 I’m still surprised this is coming out. One day after my birthday, no less. What’s even more surprising is modern Square able to pull off a great looking/great playing non-MMO FF game. There are so many small touches they’ve made to the character interactions and locations that is going to make this the remake for the ages.

As Max points out, this is the most polished game from SE and it looks better than Advent Children .It’s no Zodiac Age though.