Episode 7 has a really bad fight scene with a drunken style. I’m going to finish the season but at this point I can’t imagine it going anywhere good.

I read that he learned the fight choreography like 15 minutes before shooting. In general I’m hearing that Iron Fist was rushed. I don’t follow this stuff so consider that apocryphal.

I wish they hired a talented martial artist instead and taught him the lines 15 minutes before shooting.

A couple good actions scenes wouldn’t save it. The writing just sucks.

I just finished the last episode and it keeps getting worse throughout the season. Hopefully The Defenders will be better.

Well yeah but it’s streets ahead of the other Defenders stuff. Can’t even bring myself to finish Luke Cage.

That said I think the Punisher has a chance of being ok cus he was the only good thing about Daredevil S2.

I really enjoyed Jessica Jones. Luke Cage and Daredevil are both pretty decent. Legion sounds interesting but unfortunately it isn’t available on any of my streaming services.

From Up on Poppy Hill (2011) is a pretty movie, but not as memorable as Ghibli’s best movies.

I watched the first season of Broadchurch (2013) and it is a pretty good murder mystery with David Tennant (Doctor Who, Jessica Jones). The slower pace and more realistic setting was a nice change to other things I’ve seen lately.

You’re not my dad. 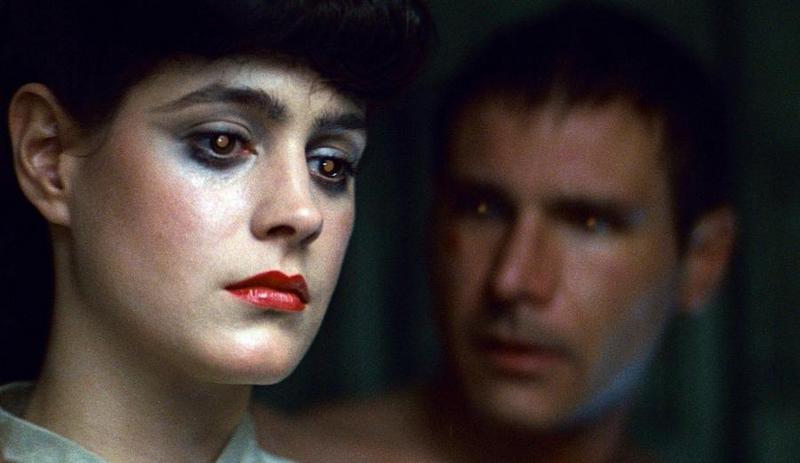 Blade Runner has nothing to do with Los Angeles. It is a vision of vertical expansion, high-rise buildings lost in smog, and anthills of shuffling pedestrians composing an urban pageantry of dystopia. Thom Andersen, in his magisterial film-essay Los Angeles Plays Itself, muses that Blade Runner, for all its oppressive and overpopulated decadence, actually projects an improvement for a city, and a county, historically tormented by empty sidewalks and sprawl: here, instead, there’s a dynamic city center and thronging rows of pedestrians. Which is why Ridley Scott’s best film always reminded me rather of New York, or shanghai. Science-fiction is not about prediction. It doesn’t matter that Blade Runner ring untrue for Los Angeles, just like it doesn’t matter that 2001: A Space Odyssey is not an accurate portrait of the early 21st Century. What matters, for science-fiction, is that it serve as a conceptual territory, an idea. The characters in this film are lonely. There is no political engagement in the world of Blade Runner. Citizens are isolated in cavernous apartments, and as detective Rick Deckard perches over a balcony, the hundred lights blinking into the vanishing point of a street evoke hundreds of likewise isolated souls, hopeless to connect with each other. A flying car whooshes into the distance and sad electronic music plays like a jazzy, futuristic dirge. No evidence of Government makes itself seen. No democratic process joins people together. There is not even a dictatorship or a bullying Big Brother, nothing to focus our attention as the reservoir of symbolic power, nothing to fight for or against. Power is diffuse, unattainable, unreachable, scattered – presumably – throughout disconnected multinational companies.

What path to individual progress might someone take in this maze? How to elevate one’s social status in this fragmented topography? A new medievalism emerges, where people are born to and remain in their powerless lots, uninvolved in the direction of their country. Everyone has the freedom to worry only for themselves. This is what Deckard learns to unlearn, as he regains his lost sense of social responsibility, realizing that executing the half-human slave replicants might, perhaps, be morally reproachable. But, in the end, he’s still a lonely man, albeit accompanied by another, a lonely woman. “Negative utopia” novels like 1984 and Brave New World also portray the final powerlessness of protagonists unable to change the power structures of their societies, but, in both cases, before their pessimistic conclusions, there is at least a glimmer of hope, even if this hope is ultimately deferred. There is never any such hope in Blade Runner. The only hope Deckard has is to change himself, his own point of view. Unlike medieval times, there is neither a crown nor a castle. The world is disordered, nebulous, too noir to make out. It’s the nightmare at the heart of noir, really, where the city no longer seems to be run by anything or anyone, except its own hidden logic of selfish, self-sustaining individuals, eking out another day of life in the chaotic urban wilderness. 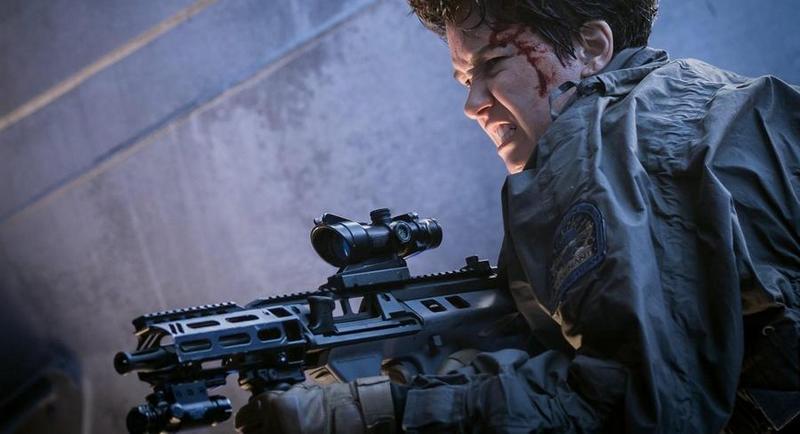 I hated Covenant so much.

It’s ugly and uninspired. It has some interesting things to say about creation - artistic, biological, spiritual, robotic - most of them irredeemably lost in the chaos. It does have a shot of Michael Fassbender kissing Michael Fassbender, which is hard to adjectivize. There are also many answers to mysteries no one wanted resolved, like how the xenomorphs came to be, answers that add confusion where there was none. There’s no beauty or poetry in the aesthetic, in the designs, in the pace, in the mood, in anything. A videogame came out a few years ago, Alien: Isolation, that does nearly everything better, although I’ll grant Covenant at least tries to sketch out new themes for the franchise, which the videogame doesn’t quite do. But maybe it’s the better for it. The videogame understands how fictional technology works, in that it’s fictional. It doesn’t matter that Alien’s distant future of ubiquitous CRT monitors is now hopelessly dated. We can accept it all as part of this world. Because it’s fiction. The game gets it and goes out of its way to replicate, in fastidious detail, the designs of the original 1979 film. This new movie, instead, adds lots of touchscreens and holographic displays, so that even though the story of Covenant happens before the events of Alien, the technology is somehow far more advanced (more so, even, than in Resurrection, set 300 years later). Perhaps there’s some in-universe explanation for all this, but I’m sure it’s terrible. Just like all the plotting here, all terrible. A tangle of mythology and backstory and disposable characters. Again, there are some promising ideas in the script, but it’s all rhetorical. It’s in the dialogues and some of the situations, not in the audiovisual texture of the film. The original Alien didn’t have characters ruminating about sheer otherness and primeval darkness and despair. It just showed us these things, made us feel them. This one should’ve made us giddy and wildly afraid about the creative and destructive properties of creation, but there’s certainly none of that.

Logan bowled me over with how good it was.

I recently discovered Black Mirror (2011) and it’s a great series about the darker sides of modern and future technology. The second episode, “Fifteen Million Merits”, was fantastic.

Saw The Tribe recently, very good and entirely recommended. It has a kind of real life horror that I really enjoy.