I agree, that was an awesome movie

I watched The Two Faces of January tonight. It stars Viggo Mortensen, Kirsten Dunst, and Oscar Isaac. It was an overall good movie, but there were frequent moments where it would drag on with nothing substantial happening. The fact that it took place in Greece is what resonated with me the most because I’m quite familiar with the country landmarks, language, and culture, being that all my relatives live there. The Greek locals would be speaking Greek throughout the movie, and that felt all so familiar to me. I have to commend Oscar Isaac. Even though he isn’t of Greek descent, he spoke just like a natural-born Greek. He’s actually Guatemalan. Of course, Viggo Mortensen played his role very well, as expected. He’s one of my favorite actors. The story of the movie wasn’t anything particularly impressive, but the adventure the characters went on was entertaining, and I rather enjoyed the conclusion during the last scene. It ended in a meaningful way.

I think this film is representative of the way that, in our post-internet culture, members of the opposite sex have become just another object we fetishize and feel the need to acquire. This is filtered through the classic “save the princess” video game structure, fighting through several mini-bosses until we reach the final boss who we ultimately conquer and run off with the prize (girl). So rather than an underconceptualized framework to hang a bunch of jokes and pop cultural references on, I think the film is a rather measured critique of the current youth culture. We tend to relate to one another through pop culture and, in a way, it’s distanced us from the things that truly matter. Our irrational need for “things”, our need to be current and capture the zeitgeist, has spilled over into, and devalued, our interpersonal relationships.

But that’s just the subtext

Edgar Wright’s direction is very exciting. I’m not sure there is anyone working right now who understands the visual gag as well as he does. His timing is impeccable. Also of note, perhaps even more so, is the way he manages to seamlessly combine video game, comic book and film aesthetics (which is crucial to the realization of the film’s subtext). This has been tried before, Ang Lee’s Hulk is coming to mind, but it’s never been realized with the efficacy that it is in Scott Pilgrim vs. the World. It feels completely fresh and original. And fun.

Bong Joon-ho’s Snowpiercer is messy, overlong and overambitious, but retains a certain level of folly that somehow makes it endearing. What with there being magnificently detailed sections of its titular train seemingly dedicated to raving fashionistas, knitting botanists and marine enthusiasts alike, the fun is in the sheer sci-fi preposterousness of it all. Indeed, it is probably Bong’s most explicitly comedic film to date, taking the pronounced dry humour and farcical elements seen in Memories of Murder and applying them to a more colourful genre - much of which is down to a fantastic Tilda Swinton, hilarious in her Thatcher-esque guise. Again though, it’s a messy film. I could almost sympathise with the apparent decision to cut 20 minutes from the running time if it weren’t that the project already seems to have run into some editing problems, with certain scenes lacking proper context or perhaps missing a sibling scene here and there. 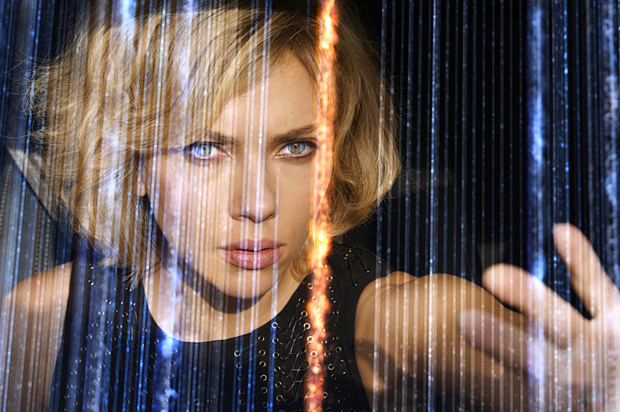 From coquette to cold-eyed killer: How Scarlett Johansson became the face of...

With "Her," "Under the Skin," and "Lucy," ScarJo has morphed from run-of-the-mill sex symbol into something darker

While there was a hope that this series would stand alone without a ton of Jedi influences, I think Star Wars Rebels will be great at showing a barely explored area of the visual Star Wars canon, the beginnings of the Rebellion. It’s set five years before ANH and with the exception of one small cameo, the characters are allowed to stand alone in their own story.

As said before, I hate the Jedi essence was brought into the series, but I think few new viewers would be gained without it. I look forward to what comes later from the series and hope it maintains its slightly darker aspects as it continues along

I watched episode 1 of Star Wars Rebels and I enjoyed it. The atmosphere reminded me of Star Wars Episode IV: A New Hope. Kanan and Ezra’s relationship can be compared to Obi-Wan and Luke’s relationship, and both start their fateful encounter at the beginning of their respected story. In more ways than one, this is ANH in CG TV series form.

I watched a clip of it a while ago. Honestly the art style and animation is a turn off. I’m not a real fan of Star Wars so not sure what would appeal to me.

snowpiercers ending was so dumb it retroactively ruined the entire movie

bloodsport - jcvd is awesome, this movie is awesome 10/10

oldboy (korean) - the story in this movie is ridiculous, but I loved it. CAN 15 years of pretend fighting work irl if you punch a wall until your knuckles blister over? incest/10

You should watch Compliance.

What is it about?

It’s been at least a decade since I last saw it but it’s still a fantastic movie. The quality of the acting wasn’t as great as in my memory. The sequels both have really low IMDB scores so I don’t think I will rewatch those.

A fastfood restaurant manager receives a phone call from a police officer alleging that one of her young employees was involved in theft.

Not sure if I’ve seen it, but I am aware of the story.

You think Dead Otters would make for a nice title?

I thoroughly enjoyed the gothic sensibility and the creative kills, things that often leave me cold. Jessica Harper is a perfect horror heroine, terrified but intelligent. And it’s ridiculously gorgeous, of course. Those colors, the red glow through the sheets, that light bulb shot. But it’s the sound - that crazy, layered, overwhelming soundtrack that won my heart. My brain is way too busy appreciating that to be disgusted by a little face slicing, not to mention that barbed wire room. I rarely enjoy being scared, but here I was too drugged by the music and colors to care.

I thoroughly enjoyed the gothic sensibility and the creative kills, things that often leave me cold. Jessica Harper is a perfect horror heroine, terrified but intelligent. And it’s ridiculously gorgeous, of course. Those colors, the red glow through the sheets, that light bulb shot. But it’s the sound - that crazy, layered, overwhelming soundtrack that won my heart. My brain is way too busy appreciating that to be disgusted by a little face slicing, not to mention that barbed wire room. I rarely enjoy being scared, but here I was too drugged by the music and colors to care.

Watched this last night. Was pretty disappointed. Your points about the lighting and soundtrack I get but I thought their use was extremely basic, and they had these drawn out shots with nothing happening and they’re trying artificially raise tension by playing a really loud tense soundtrack over the top (the same one over and over a lot of the time).

It was not a good horror movie and far worse than most had led to me to expect.