I liked her on Gilmore Girls, but I don’t think I’ve seen her in anything else.

I watched the first episode of Arrow and it was alright. I’ll give it another couple of episodes before I decide if I want to watch the entire thing.

You might have to push it a bit. Arrow doesn’t start getting great until the latter half of the first season.

Victor Frankenstein
Honestly, I didn’t think it was as bad as many of its reviewers claimed. Sure, it wasn’t groundbreaking and there were some odd moments. Igor’s love story was awkward and pointless, primarily thanks to the utterly shitty acting by that retarded girl whose name is unworthy of the otherwise typical Google search. It was a good laugh anyway. I think if McAvoy hadn’t interpreted Frankenstein as a painless, giddily optimistic House MD, it probably would have been a piece of shit.

I watched a bunch of eps of the flash

better than the arrow

I watched the first two episodes of Breaking Bad yesterday and it’s a great show. I really don’t want to watch five seasons of it, but I might be hooked. 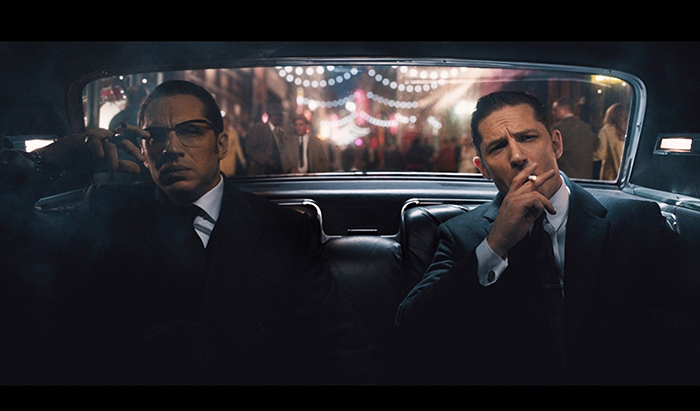 Bar the woeful narration, I was enjoying this early on, when the film veers more towards gallows comedy (Hardy’s Bronson-esque take on Ronald Kray is often hilarious, and Reggie, the better of the two performances, is also pretty funny), but things get unbelievably sluggish not even a full hour into the 131-minute run time. Momentum is lost for a monotonous, repetitive groove of the same shit over and over, that still leaves one fairly uninformed about the psychology and real impact of these brothers grim, except for the most shallow of flashes of insight. A Guardian review described the film as like skim-reading a pamphlet, and that’s pretty spot-on. A glossy, bare-bones pamphlet with a couple of memorable pictures.

finally got around to finishing Penny Dreadful Season 2.
in subtitles they could have called this “the dangers of being Friendzoned”

it was pretty great tho ima miss a certain character

The 100-Year-Old Man Who Climbed Out the Window and Disappeared (2013) is the best Swedish comedy I’ve seen in a long time. It’s probably not as fun if you aren’t familiar with the language. On the other hand it has high user reviews from non-Swedes at IMDB. 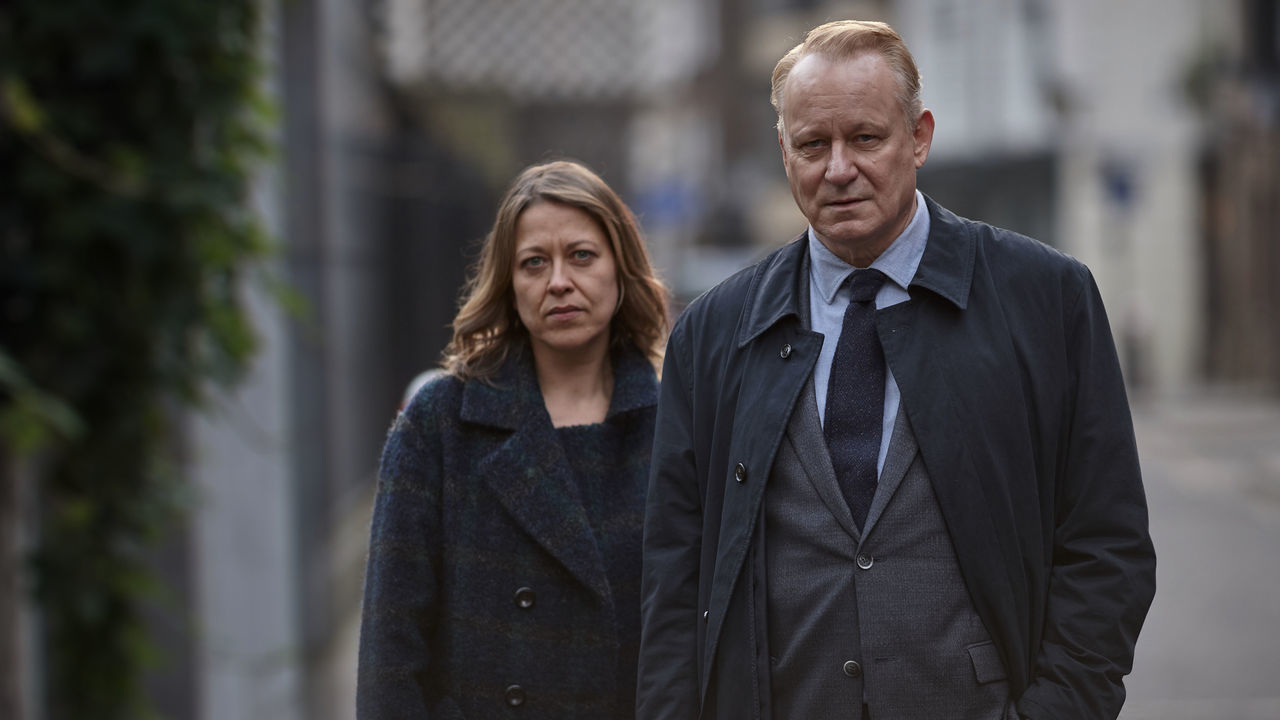 River is another good Netflix original series. Stellan Skarsgård is a British detective with some mental issues. I like that it’s only six episodes. Arrow’s 23 episode seasons are stealing most of my gaming time.

Season four of Arrow isn’t available in my region, and it seems Netflix has removed The Flash. As a replacement, I watched the pilot of Legends of Tomorrow. It was alright although I really didn’t like the acting by the brothers from Prison Break.

saw 45 Years the other day, it was super good

saw deadpool in a theatre today

it was pretty funny 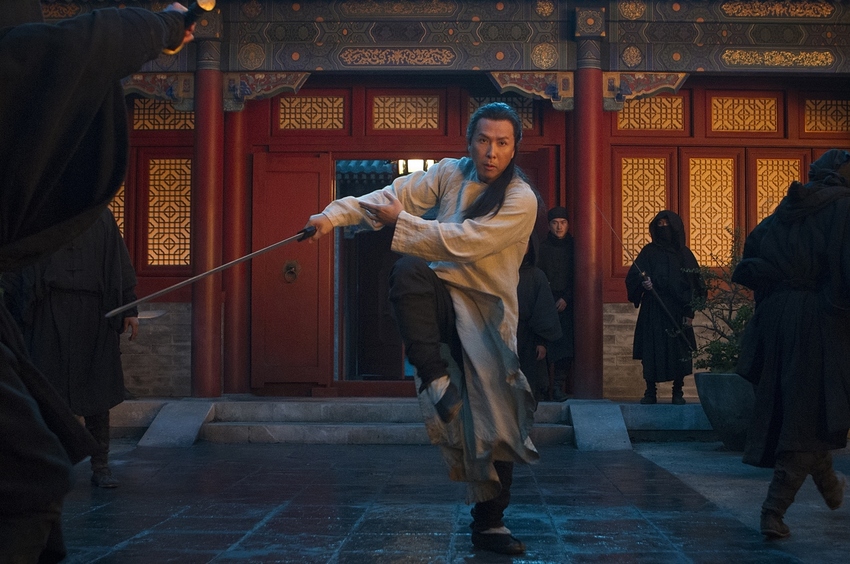 Crouching Tiger, Hidden Dragon: Sword of Destiny (2016) is not a great movie in any sense. Some of the fighting scenes are alright.

I’ll probably watch the fight scenes from the second and not bother watching it all.

I realize now why I love that scene so much. They’re constantly attempting to find the source of strength and the weakness of the weapons that Yu is using. It’s a dance that finds Jen’s weapon the victor, but Yu the person who “wins”. 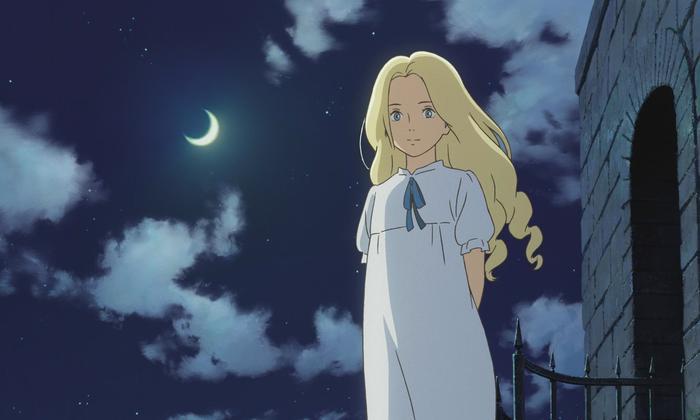 Apparently, the story for this film is based on a book that Hiyao Miyazaki loves. There are even accounts that he required newcomers to the studio to read the story, as he felt it would give them an impression of what Ghibli was all about. It’s hard not to see why, when you consider how many of the elements in this film are seen in their filmography. It’s a deeply personal story that blends in elements which seem supernatural or otherworldly. The story follows an introverted young girl named Ana who is sent away to stay with her relatives in the country. During her time there, she chances upon a mysterious abandoned mansion and quickly becomes fascinated by it. As she begins spending more time around the house, she meets a charismatic extrovert named Marnie, a mysterious child who may or may not be real.

Since a lot of the film takes place in this middle ground between established reality and potential fantasy, I don’t want to go to deep into what this implies. I suppose if you watch a lot of movies you might be able to guess where the story is going, but to me that’s not a real knock on the film. The journey here is so emotionally captivating that I couldn’t help but enjoy it. The story can feel ethereal and light, but it doesn’t shy away from showing some of the darker or more unpleasant aspects of life. Like a lot of the best animation, this is a film that will resonate more with adults, but it’s also just the kind of animated film you’d want to show to your kid.

It should go without saying, but the animation of the Japanese countryside is classically beautiful in Ghibli fashion. Despite the studio’s financial woes, there is no shortage of production values to be seen here. Even the sound design is spot on. If you like Studio Ghibli or just good movies in general, you owe it to yourself to check this out.

and yep Marnie was a fantastic send off for ghibli 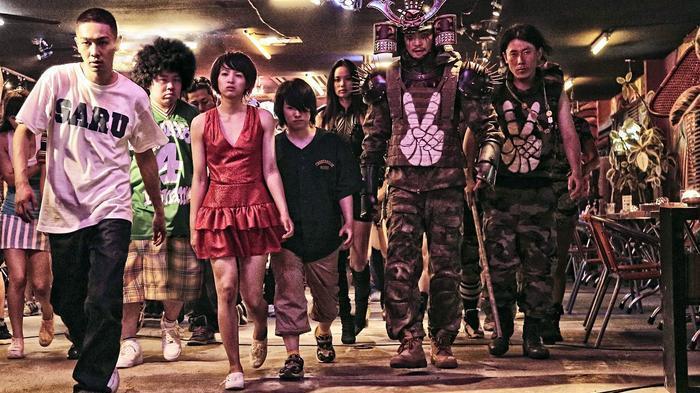 I’m a big fan of Sion Sono, so when I heard that his latest film could be described as a Rap Opera set in a future Tokyo with warring tribes… well, let’s just say I was excited to see it. Sono has all the command of a great director, yet he utilizes those talents to make truly bizarre and/or silly films. That sort of juxtaposition of craft and concept is part of what makes his work so compelling. I could easily see this film being a disaster in less competent hands, yet he somehow makes this hodgepodge of genres come together in a way that’s very entertaining to watch.

Trying to actually describe a Sono film is quite difficult and this latest is no exception. Mere words can’t really convey how utterly insane Tokyo Tribe is. There is a DJ grandmother who helps cut between scenes, a holographic overlord with an ensemble of dancing girls, a crime boss who sits at a lavish table with a giant ‘Fuck Da World’ engraved globe behind him, and a beat-boxing waitress… oh, my goodness, the beat-boxing waitress is so great. Most of the dialogue is sung as part of a rap verse, which gives the film this unrelentingly bizarre hip hop vibe. Yet all of this doesn’t really explain what makes the film so indelible.

Some have complained that the film is simply too weird, too much, or that it overstays its welcome. While I can see how some would feel that way, I obviously disagree with a lot of the negative feedback. I’ll concede that it may not be one of Sono’s best films, but this is still a ridiculously entertaining production that I have no problem watching again or recommending to people. There are moments in here that stand out as some of the most hilarious or ambitious stuff I saw all year. Never change, Mr. Sono.